Written by Sebastian
Updated over a week ago

There are two ways to replace image files.

The first method can be used to upload a new version of individual images. Click the three vertical dots on the image card. Select “Upload new version”. Then choose the file from your computer you want to use instead of the version on Picter. For example upload a higher resolution, or different edit of the same image to replace the existing file. 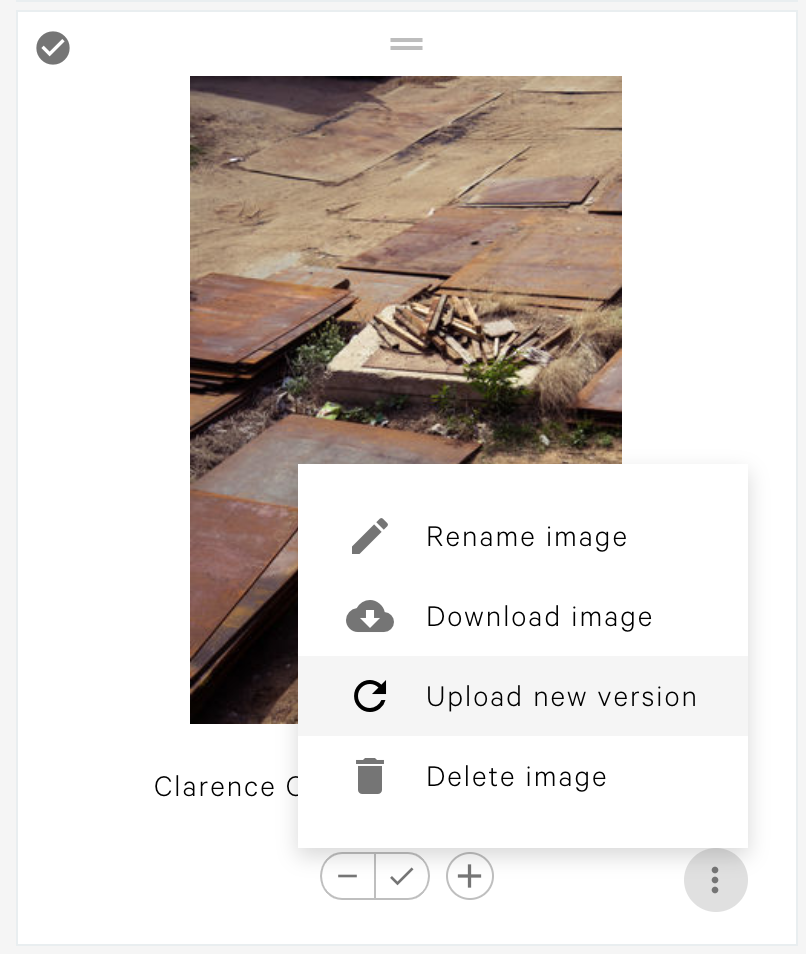 To replace multiple images at once you can drag and drop the files into your Picter project. If the filenames are identical with the images you want to replace a “replace image dialogue” appears. Select “Replace” to replace your files in the Picter project.

Did this answer your question?